“We of the craft are all crazy. Some affected by gaiety others by melancholy but all are more or less touched.” ~Lord Byron

As you all know, I have had some major health issues setbacks lately which have curtailed my involvement in various activities including my bi-monthly blog writings. Main reason for this has been lack of creativity along with a lack of mental drive to get anything done. Of course having blood pressures fluctuate in a drop of a hat from 95/60 laying down to 200/95 sitting and even higher standing or mild activity such as dressing or bathing causing blindness a couple of times along with a TIA (mini stroke) did not help much either, which scared the living daylights out of me being a neurologist and all.

As I laid around mindlessly watching T.V. trying to stay calm and avoid any major excitement (difficult in my life at times it seems like), I caught some scenes of the movie -“A Beautiful Mind” perhaps many of you will remember this movie which won many awards for Russell Crowe’s portrayal of a brilliant mathematician (John Forbes Nash Jr.) who struggled with lifelong mental illness in the form of schizophrenia.

Following a stream of semi-consciousness, I began thinking about my own patients with mental illness over the years including those with Parkinson’s disease and the apparent connection of great intelligence, creativity and mental disease.  From ancient times of the Greeks important people like Aristotle thought that creativity came from the gods and the muses (the 9 daughters of Zeus). These were the mythical personifications of the arts and sciences. 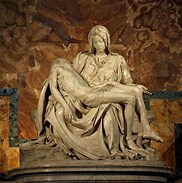 One thing is clear to me and to many others who have studied this subject is the direct correlation of dopamine and intelligence. After all we know that this is the chemical responsible for learning and reward system. A study by psychologist J. Phillippe Rushton discovered that creativity was highly correlated with a high intelligence and traits of abnormal personality – schizotypal. Those who had a condition with known dopamine involvement particularly those with excess dopamine such as bipolar or schizophrenia (like Nash) were found in literature to be extremely brilliant and creative individuals. In my experience this has also been true, all of whom hated being on “treatment” which suppressed their dopamine because it ‘stifled’ their creativity and their originality causing them more often than not to go off their meds time and time again. We have example after example of great literary minds and artist who had significant neurological deficits who were quite prolific despite their disease. I believe, that this is greatly in part to the excess of dopamine circulating in their brains. People like Earnest Hemingway, Michelangelo, Virginia Wolf, Sylvia Plath, even Robin Williams.

Pondering about the subject of creativity it dawn on me that since I had stopped intake of my Rytary (Levodopa replacement), I had lost my spunk, mental acuity, including writing creativity, and worst again stopped bring interested in reading my favorite novels which everyone in my family noticed…this I believe is due to fact that reading a novel with complex story line requires a great deal of concentration and recollection which use up large amounts of dopamine.

Incidentally, as an aside reading is what I needed the most to regulate my blood pressure because studies have shown that simply emerging oneself in a favorite fictional book especially if already read and enjoyed can quiet the heart rate and lower blood pressure several points within a few minutes- so take out those favorite fictional novels out to Keep your brain and heart healthy!

However, since I began to feel the effect of lack of dopamine in my body after more than a week without it, I took my first dose again last night and behold I woke up with a brain full of ideas and ready to tackle the world once more, read, write and be creative. ( I won’t be going off my levodopa anytime soon again) Confirming that dopamine is the key substance needed to thrive in life and be creative. So in reality, this question of artistic expression in Parkinson is truly a simple one. Parkinson’s appears to be responsible for our new talents indirectly just as those with frontal lobe dementia due to excess of dopamine either by design of disease itself as in the case of FTD or by external supplementation in PD. Perhaps some of us have already been gifted with latent artistic talents that have been dormant for years unexpressed due to insufficient stimulation of our own muse. This would explain why people who undergo DBS no longer have the same creative expression as seen before the procedure because by design the operation is meant to reduce amounts of external dopamine required so people no longer have that boost to surpass the threshold into the creative realm.

Since a study of more than one million people in Sweden found a direct correlation between creative occupations and mental illnesses. This may be an area for further development as a way of doing vocational rehab for those of us with Parkinson’s disease who were forced to abandon our previous occupations. Something to ponder. As I continue to regain my own mental stability –recalling the day I first took levodopa, as a day when everything came completely into complete mental focus.

This weekend I will be relaxing with some dark chocolate curled up to a good book, maybe even enjoy some poetry!

4 thoughts on “The Importance of Dopamine in Creative Expression: By Dr. De Leon”